Impact on the Best Sports Betting Sites in Sweden

Online sports betting is the gambling sector that enjoys the most popularity in Sweden. Naturally, most active gamblers in the country associate the act of wagering money, namely, with placing bets on sports odds prices. That being said, the revenue data disclosed by Spelinspektionen shows a 6.4% decline in revenue from sports betting for the final quarter of the year 2021 compared to the same period in 2020, or SEK 3.92 billion versus SEK 4.19bn. 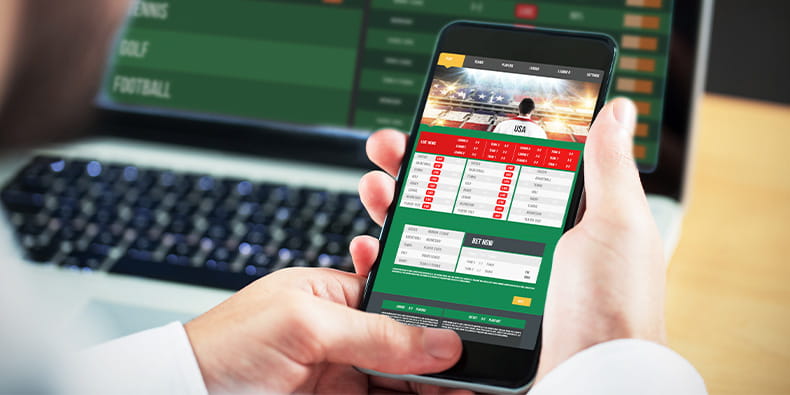 Facts About Gambling in Sweden

If we take a look at the numbers published by Sweden’s gambling regulator, we’ll see that the gaming industry has been doing alright so far. If Sweden was to abolish gambling ads related to sports, that would hurt the revenue coming from the most profitable vertical. Here are the four most important statistics for 2021 we found:

For some, it’s worrying to know that in 2021, 73% of adults in Sweden gambled at least once in the last 12 months, before the survey. What’s more, the number of self-excluded players also denotes that a large portion of Sweden’s population is gambling, and many of those people are not having a great time. Is it justifiable then for Sweden to ban gambling ads? Let’s find out.

In a discussion organised by Paf during the annual event Almedalen Week in Sweden, the former proposed a series of changes to the gambling industry. Paf is a gambling company with customers in Finland, Sweden, Estonia, Latvia and other European countries. The discussion was held between Paf and Members of Parliament from the Centre Party, the Sweden Democrats, and the Moderates.

Spelpaus should be expanded.

Don’t use sports to promote gambling (ads and sponsorships included)

Delineate how operators should care for problem gamblers

Besides the proposition to ban gambling advertisements related to sports, another of the points made by the operator was that the scope of Spelpaus must be extended and applied equally to all operators in the industry. Spelapaus is an online platform for self-exclusion from gambling for Swedes. Paf’s CEO Christer Fahlstedt wasted no time making his intentions crystal clear:

” I think that gambling advertising is one of the biggest reasons for the industry’s bad reputation. Is it not time that we do something about it in Sweden like many other countries have done? The increased gambling tax can also completely compensate for possible loss of sponsorship money to the sports organisations,”.

The Latest Bill And ‘Adjusted Moderation in Marketing’

The Swedish government has been very active in its effort to stabilise the gambling industry and keep the players at arm’s length from problems related to addiction. A proposal to ban high-risk game commercials between 9 pm and 6 am was rejected under the assumption that it would do more harm than good, all things considered. Be it that way, an ad ban in Sweden was not off the table. Here’s what the bill enacted by the Swedish government has achieved:

⌚ No daytime limitations for ads of high-risk gambling games

Wherever the bill is talked about, ‘special moderation’, the legislature means that the adverts must be sensitive to the level of risk involved in the games or activities being promoted. By the same token, glamorising gambling should be avoided at all costs by advertisers as it will be against the law.

FAQ About Gambling Adverts in Sweden

Find what people worrying about what could stop the ad ban in Sweden are asking. We researched what the most trusted sources had to say and distinguished speculations from facts. Here are the answers to the most asked questions about the debate organised by Paf.

1️⃣ Will gambling advertisements be banned in Sweden?

Paf’s view of the gambling industry has raised concerns among operators and suppliers of gaming software that sports adverts promoting gambling will be banned. Though this is still undecided, if Paf has its way, the consequences of the new gambling policies in Swedish will have sportsbooks deprived of their right to reach new audiences via their favourite channels.

2️⃣ Will the gambling tax in Sweden increase?

If the gambling policy proposal of Paf is approved, the gambling tax in the country will increase by three per cent – from 18% to 21%. That reform would come on the heels of Paf presenting its industry vision at the Almedalen Week in Sweden before certain Members of Parliament.

3️⃣ What does ‘adjusted moderation’ stand for in Swedish gambling law?

One of the things the latest amendment to the Swedish gambling law has achieved is to raise awareness among gambling advertisers. The latter must not create adverts that play down how dangerous high-risk gambling games can be. On the contrary, their gambling advertisements must clearly inform of the risk in the activity that’s promoted.

4️⃣ Can casino sites be advertised in Sweden?

There’s no way of knowing what changes in policy the meeting Paf organised with produce. At the moment, casino-related ads are not in danger of being cancelled. From the looks of it Sweden’s casino sites will also be compelled by law to take care of problem gamblers.

5️⃣ What caused Paf to advance ideas for gambling restriction in Sweden?

The worrying statistics about gambling in Sweden is likely what provoked the opposing stance of Paf. The latter prides itself on being a responsible gaming company that is here to stay. As such, Paf declares to be on a mission to make the industry safer and more customer friendly.