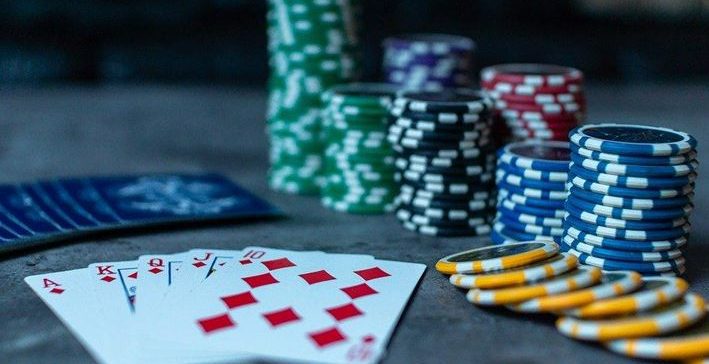 Poker is the world’s favorite card game, with over 100 million players worldwide. However, when most people think of poker, they think of Texas Hold’em. In reality, there are many different versions of poker, each with its own unique rules. The main similarity that they all share is that players must try to make the best five-card hand possible using the cards available to them. However, the different rules make each version of poker unique.

Texas Hold’em is the easiest to get started with if you’re interested in playing poker, as it’s the most popular. However, it’s well worth checking out some of the other versions too. You can enjoy these online or in person, and most are fairly simple to play. With online poker, Texas Hold’em is the most common game, but most poker sites also provide other options too. These include: Casino Hold’em
A twist on the classic Texas Hold’em, this version of the game is played against a dealer rather than against other people. It’s a good option if you’re at a casino and there are no poker games going on, allowing you to brush up on your skills and play some hands. The game works in the same way as Texas Hold’em, with two pocket cards and five community cards. There’s an ante bet, and once you’ve received your cards, you can decide whether to fold or raise. The game is much simpler to play than Texas Hold’em as you won’t have to directly compete against other players. That said, this also makes it a bit less enjoyable for some.

Omaha Hold’em
Omaha Hold’em is another game of poker that’s very similar to Texas Hold’em. However, there is one major difference. Players in Omaha receive four hole cards rather than two, but they can only use two of these when making their five-card hand at the end of the round. In addition, there are five community cards, and in some versions of the game, players can’t fold after the initial betting round. The betting in Omaha is the same as it is in Texas Hold’em, and there are five community cards, a flop, turn, and river. At the showdown, whoever has the strongest high hand wins. In some cases, you can also find Hi-Lo Omaha, where the players with the strongest hand and weakest hand will split the pot. There’s a lot more uncertainty in Ohama poker, and the Hi-Lo version makes it things much more interesting.

Seven Card Stud
Before Texas Hold’em became wildly popular, this was the most commonly played version of poker. Quite a lot of skill is needed, and the rules are slightly more complex, which makes it a bit of a challenge. There are two to eight players and no flop or community cards in seven-card stud poker. Instead, the game begins with each player being dealt three cards, two face down and one face up. The first betting round begins before the rest of the cards are dealt. In total, seven cards are dealt, including three face down and four face up. Players must choose their cards to create the strongest five-card hand. The fact that you can see some of your opponents’ hands creates an exciting game.